Incumbents in traditional capital markets, as well as new entrants looking to capture market share, would do well to take note of the innovations within the crypto ecosystem collectively known as decentralised finance

What Traditional Finance Can Learn from DeFi

How DeFi protocols offer a window into the evolution of capital markets infrastructure and why “tradfi” players should pay attention. 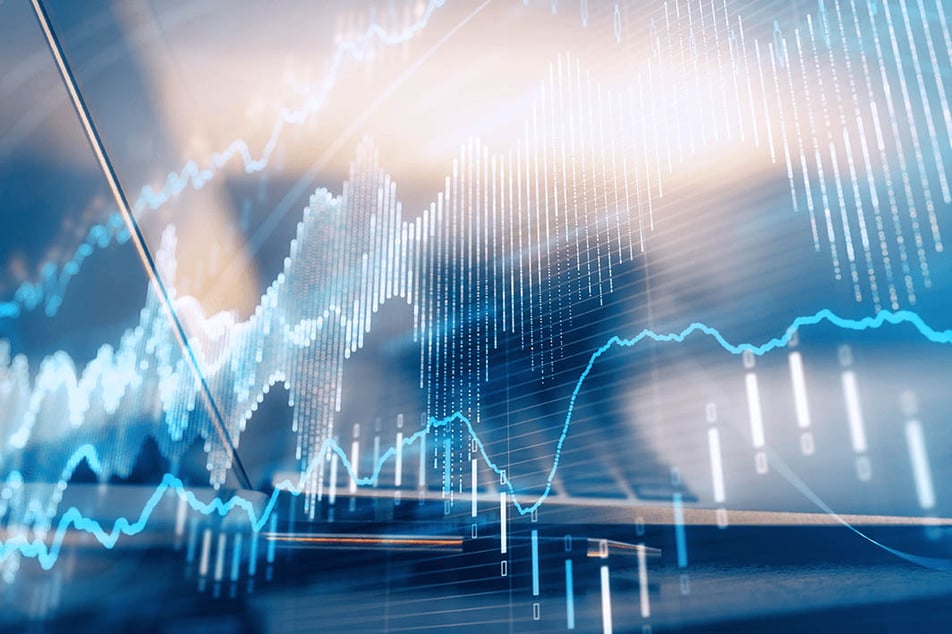 Incumbents in traditional capital markets, as well as new entrants looking to capture market share, would do well to take note of the innovations within the crypto ecosystem collectively known as decentralised finance. These innovations present a model for the direction traditional capital markets are likely to take in the coming years as regulation catches up with the capabilities of DLT, and as the technology itself is refined through “in-the-wild” usage.

One such innovation that has recently been widely adopted in the crypto space is decentralized exchange protocols, also known as automated market makers (AMMs). Here, one set of users is incentivized by the yield generated through trading fees to lock up assets into liquidity pools governed by smart contracts. Traders meanwhile leverage the liquidity in the pools to move in and out of assets. Critically, neither the liquidity providers nor the traders ever hand over custody of their assets to the exchange. Instead, they merely interact with the smart contracts that define the exchange protocol, which is open sourced. Thus, centralised exchanges are replaced by code and, as participants are incentivized to provide liquidity, the needed exchange infrastructure is distributed and decentralised.

Real-time settlement is a game changer

Right off the bat, we can see that with AMMs, trades are settled in near real time (depending on network congestion and gas price, it currently takes between a few seconds and a few minutes for a transaction to be confirmed on the Ethereum network, which is the go-to network for hosting AMMs). Compare this to the two days (T+2) it takes to settle most liquid securities in today’s advanced capital markets. The near real-time settlement of AMMs brings two key benefits: reduced counterparty risk and improved balance sheet management.

Financial institutions involved in capital markets must reserve cash on their balance sheet to cover their exposure to the risk of non-delivery by their trading counterpart. The reserve requirements are defined by the parties in the trade and, until a transaction is settled (2+ days), they must tie up cash on their balance sheet to compensate for the risk. With the near real-time clearing and settlement enabled by DLT infrastructure (and demonstrated by the new DeFi protocols), the reserve requirements are a fraction of a percentage of the amount required to hold in reserve with 2-day clearing and settlement. If AMM-like protocol could be adopted in traditional capital markets, the vast majority of capital tied up on the balance sheet today could be put to economic use in the capital markets to for instance, purchase fixed income securities. This turns an opportunity cost into economic gain.

Adopted at a large enough scale, real-time settlement also has the power to reduce systemic risk. Since the 2008 financial crisis, in response to regulations aiming to reduce the risk of systemic failure, large global Central Counterparties (CCPs) were increasingly adopted as intermediaries. While CCPs deploy complex risk mitigation strategies, they have now become interconnected to the point that they now exacerbate the risks they were meant to alleviate. In fact, according to a 2018 report from the Financial Stability Board, the 11 largest CCPs are connected to between 16 and 25 other CCPs, and the two largest account for “nearly 40% of [the] total prefunded financial resources provided to all CCPs.” This means that the default of a single CCP will adversely affect most and could result in cascading defaults worse than even those associated with the 2008 financial crisis.

Beyond near real-time settlement, decentralized exchange protocols (AMMs) reduce operational costs and lower rent seeking through disintermediation. As mentioned, the infrastructure that makes up the exchange is reduced to code and distributed across participants, with the participants themselves providing the needed liquidity. The latter feature has the power to bootstrap capital formation and democratise access to capital – which is exactly what we are now seeing in the burgeoning crypto-native AMM space.

It’s not just exchange
Other DeFi products, again governed by smart contracts, have also been gaining steam over the last year. One such example is lending, where users lock up digital assets in collateral pools that can be borrowed from. Smart contracts hold the collateral until both sides of the transaction fulfill their obligations. In this model, the smart contract-driven automated management of custody, settlement, and escrow reduces the rent charged to perform those actions. This, combined with the increased perception of risk, enables higher yield for stakeholders, attracting market participants. Thus, debt outstanding in DeFi lending (a key metric for tracking adoption) rose from $500 million in mid-2020 to exceed $6 billion by the end of January 2021, led by the Compound, Aave and Maker protocols. Beyond lending, smart contracts combine with distributed autonomous organization technologies to enable more complex derivative instruments including options, futures, and synthetic assets. In short, DeFi protocols are rapidly forming a mirror-image version of traditional capital markets, but one that brings significant advantages.

What does this mean for traditional capital markets?

Of course, DeFi as it currently exists in the crypto world is noncompliant from a regulatory standpoint due to its pseudo-anonymity as well as the reliance on self-custody. However, this fact should not dissuade TradFi incumbents and startups. As we’ll see, there’s already a clear roadmap for how innovations in the DeFi space can be adapted to traditional capital markets infrastructure.

Big players in the traditional capital markets are already recognizing the shift and making moves. For example, they are aggressively piling into the digital asset custody game. See, for instance, Standard Chartered’s investment in Switzerland-based digital asset custody solution provider Metaco, who just closed out a twice-oversubscribed $18 million Series A.

What’s more, a number of forward-thinking jurisdictions have already set up regulatory sandboxes to encourage experimentation and innovation with DLT-based solutions for capital markets. Examples include the Monetary Authority of Singapore (MAS) with its Fintech Sandbox and Sandbox Express, Europe’s Regulator Sandboxes and Innovation Hubs for FinTech as well as the Saudi Capital Market Authority’s FinTech Lab and the ADGM RegLab in Abu Dhabi.

Out of such sandboxes, a growing number of new entrants are leading the way. ISTOX, for example – which is a Singapore-based capital market platform that features integrated issuance, custody, and trading of digitized securities - graduated from the MAS’s FinTech Regulatory Sandbox. This made it one of the first DLT-based capital market platforms to be approved and licensed by a major regulator.

ISTOX closed a $50 million Series A in January 2021, bringing investments from a number of Japanese state-owned entities, including the Development Bank of Japan and JIC Venture Growth Investments, the venture capital arm of the Japan Investment Corporation. Such investments are another strong signal that capital markets incumbents see DLT-based infrastructure as a winning play, and are placing their bets accordingly.

Of course, with a complex and structurally critical system such as modern capital markets, the reality is that changes will be incremental. Consider the example of custodians, which are legally and practically entrenched in the structure of capital markets. It will likely take a decade before disintermediation of custodians can occur at scale since 1) regulations need to change and 2) DLT-based market infrastructure needs to be developed, tested, and broadly adopted.

This means that there is plenty of opportunity for incumbents and new entrants alike to establish themselves in the new world of DLT-based capital markets. For forward-thinking TradFi players, now is the time to make moves.

This article is a summary of a more complete report, which you can find here.