Why do enterprise blockchain implementations fail, and what can enterprises do to increase their chances of success? In the enterprise realm, blockchain has moved from an experimental toy to a top-five strategic priority

Why do enterprise blockchain implementations fail, and what can enterprises do to increase their chances of success?

In the enterprise realm, blockchain has moved from an experimental toy to a top-five strategic priority. As a technology that can improve security and coordination both within and between enterprises, it is now seen as an important path to digitalization — particularly in an increasingly data-centric business world.

However, while high levels of investment into enterprise blockchain projects have been sustained over the last three years, the stark reality is that the vast majority still never make it beyond proof-of-concept. In fact, as few as 5% make it to production and, according to global research and advisory firm Gartner, 90% of those will need replacement within two years to remain competitive. This means there’s monumental potential for wasted resources. 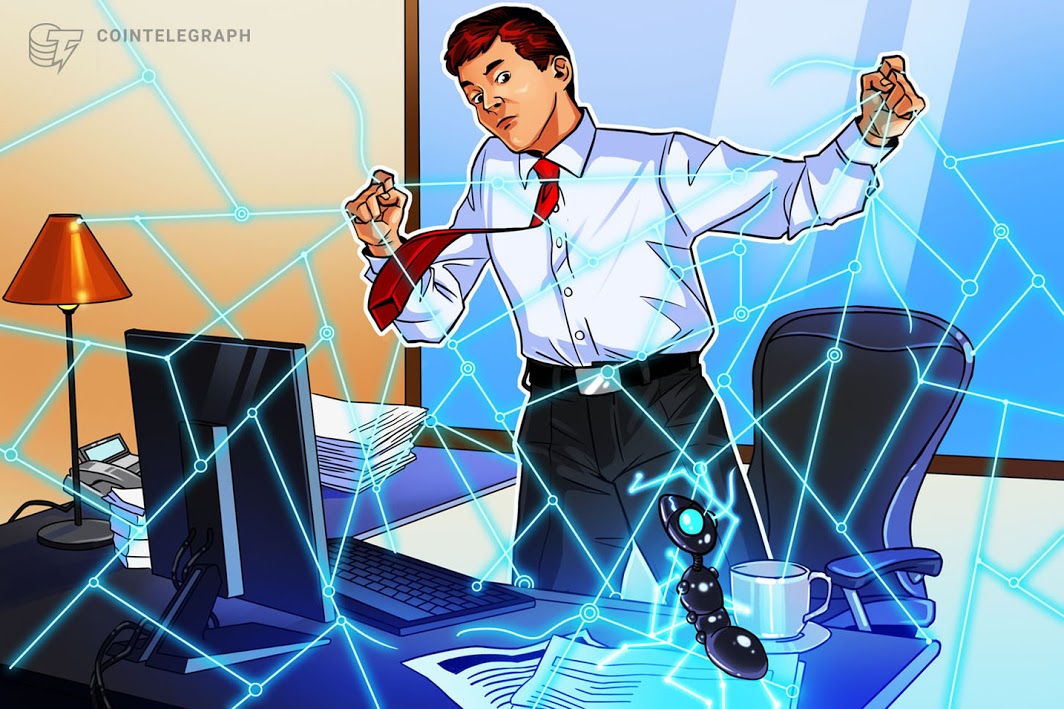 Blockchain wasn’t the right solution to start with

While blockchain hype has faded considerably since 2017, there are still misconceptions in the enterprise space as to what the technology can achieve. As a result, many enterprises still attempt to use blockchain for use cases that are better suited to traditional databases. Therefore, it’s worth reviewing what blockchain is good for.

If, and only if, the answer to all four of the following questions is “yes,” then there’s potential to move forward:

1. Can multiple parties benefit from sharing data and coordinating processes along their value stream?

If not, it will be too hard to achieve buy-in along the value chain, particularly since there are often technical and governance barriers to overcome.

2. Do those parties currently face a barrier to coordination such as the inability to trust each other?

If not, participants are likely better off with an intermediary who can deliver “trust” efficiently across parties.

4. Are the parties holding high-quality, accurate data, and can standards about the structure of this data be agreed upon by the parties?

If not, it will be hard to gain value from the decentralized storage of this data. For example, in a supply chain use case where participants want to act upon temperature data coming from the inside of shipping containers, that data must be incorruptibly available to all participants and be structured in a way that it is easily used.

Blockchain technology in the enterprise context — where permissioned networks dominate — is typically seen as an entirely different beast than “blockchain in the wild,” where permissionless networks with robust incentive systems are the norm. Enterprise blockchain initiatives often ignore the power of incentives to align the actions of different parties in a value chain.

Continuing with the supply-chain use case, for an enterprise blockchain solution to be effective, it will need to create a sufficiently large consortium of members, with participants ideally coming from all steps of the value chain. A supply chain network that integrates nodes from the source down to the consumer will provide the universal visibility needed to unlock improvements like real-time track-and-trace, just-in-time manufacturing and supply chain resiliency. That’s the goal, and if it is achieved, there can be a huge value-added for all participants.

However, some participants are likely to need incentives to draw them into the network, particularly in its early stage. While a beef retailer, for example, can see the benefits of the consortium immediately, an individual rancher or the packaging plant may not. The retailer, by knowing exactly where the beef came from and the conditions on its journey, can charge a premium to discerning consumers and be incredibly more efficient when tainted goods need to be recalled. For the individual rancher, however, the benefits of joining the consortium may be less apparent, particularly if there are additional burdens like installing sensors around the farm as the trusted data source.

Solution: Leverage the benefits of blockchain technology itself to integrate network-building incentives.

An enterprise consortium that can integrate incentives correctly will grow organically and, in the process, unlock the promised benefits for all participants. In our beef supply chain example, one solution is to leverage the improved data collection capacity of the blockchain-supported consortium to offer enticing financing rates to ranchers who agree to join the network. For example, with data on confirmed deliveries made, the quality of the beef and adherence to sustainable practices all recorded on-chain, those ranchers become sufficiently connected to financiers located in downstream markets. Those financiers, who are now able to fulfill their reporting, auditing obligations and effectively manage risk, can offer loans to the ranchers at more competitive rates than would have otherwise been possible, thus drawing the ranchers into the network.

A strong consortium couldn’t be maintained

In the enterprise context, the strength of your blockchain network is largely a measure of the strength of your consortium. In most cases, the consortium is the network, so if it fails, the project is dead in the water. On the other hand, strong consortia beget stronger consortia because as they grow, they generate gravity that draws in even more members and network effects begin to emerge.

At this still early stage in the enterprise blockchain adoption curve, however, many consortia remain relatively weak. As a result, it’s not uncommon for enterprises to join several consortia working in the same sector as a hedge against risk: Should one consortium fail, the enterprise also has a seat at another. This reality can make consortia members fickle. They may drop out of the consortia if early signs of trouble emerge, as we saw with the exiting of prominent members of the Libra consortium — including PayPal, eBay, Mastercard, Stripe and Visa — when it became apparent that regulators would be pushing back against the proposed cryptocurrency and payments network.

While this solution may not be in the DNA of most enterprises — founding consortia members will need to limit their power and control from the start — it’s fundamental to the ethos of decentralization and a primary source of its power. Good governance, combined with effective incentives, can supercharge the growth of these networks. By trusting that a wide and inclusive group of consortia members will, through the power of democracy, act in the best interests of the whole, enterprises can improve the resilience of the consortia and increase the chances of success in the long-term.

The key principles for effective blockchain consortium governance in the enterprise context are:

The consortium should establish clear rules as to the exercise of power. Processes and data standards for the consortium should be defined collectively and, to provide maximum reach and acceptance, it’s best to build on widely adopted protocols such as Hyperledger, Corda or Ethereum.

2. Sufficient voice to all stakeholders

While it’s OK for initiating members to hold equity in the legal entity that defines the consortium, it’s important to give voice to nonequity stakeholders in the consortium who are likely to join in larger numbers as the network grows. This can be done through the establishment of a community council that, by the rules of governance, must be consulted on key issues like product development and protocol changes.

Although blockchain consortia should maintain an inclusive governance structure in line with their shared values, the reality is that a legal entity must also be established for the project to be compliant with relevant laws such as those relating to data protection. For example, while data is stored in a decentralized manner across the network, applications within the platform should integrate privacy by design. In this model, the legal entity can take its place as a data controller to ensure compliance with data protection laws.

Take advantage of the low-code revolution

Just as low-code platforms like Mendix and OutSystems have been taking over app development, the future of blockchain development, particularly in the enterprise context, is also low-code.

With the salaries commanded by blockchain engineers growing in tandem with the demand for their skills, it’s more important than ever for enterprises to leverage cost-saving tools. Today’s middleware solutions for building enterprise blockchain solutions can turn any developer into a blockchain developer. This frees enterprises and the consortia of which they are members to experiment efficiently with the technology and iterate on use case concepts at a much faster pace. The best of these platforms take it a step further, providing tools for rapid integration into legacy systems, complete developer environments and systems administration gateways to support post-PoC phases and application lifecycle management.

This article was published on Cointelegraph, and is a summary of a more complete report which you can get here.